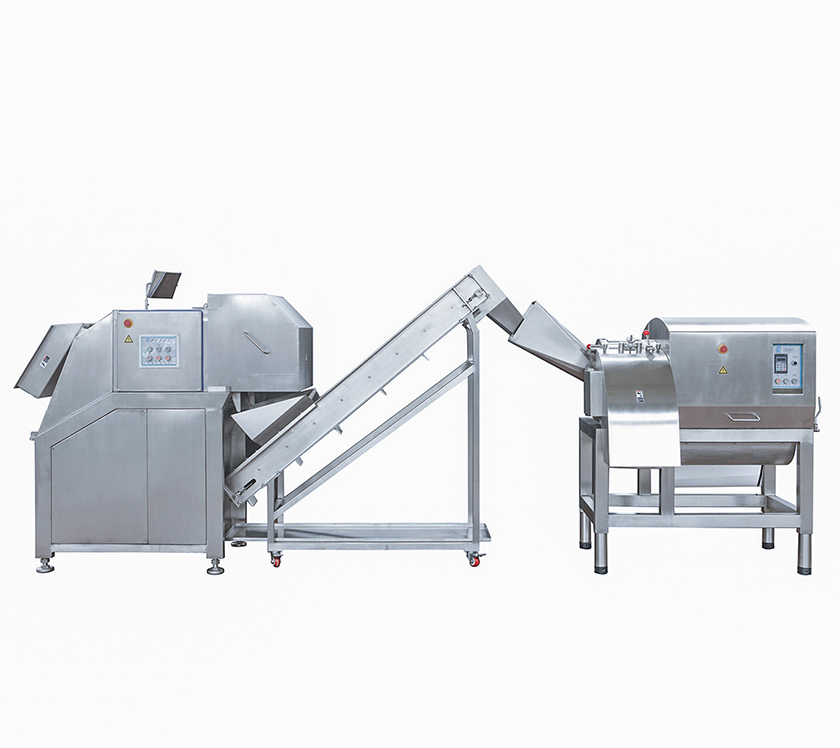 
Send email to us

Composition of the Processling Line

The processing Line can cut 600*400*200mm Frozen Meat Blocks into 5-25mm cubes, firstly the QK140 cut the meat block into smaller blocks that are no larger than 130*130*200mm, then the SSD will convey the smaller blocks into the DRD450, the the Dicer will cutter the smaller blocks into cubes. The QK140 Frozen Meat Cutter adopts the hydraulic system to make the knife set moving upward and downward, variable speed; The Frozen Meat Dicer adopts the advanced 3D cutting, which greatly improve the cutting yield, and cutting the meat without breaking the structure of the original meat. The cutting line is designed reasonably, with the exchangeable knife, which saved the maintaining cost.

Write your message here and send it to us